…and a multitude of Tribes convened every night at every dance club and underground venue happening in New York. Most times we hopped…meaning multiple places until the sun came up. We jammed and broke in dancefloors, pavements and stages across the City in a trance of rhythm for the mere feeling of the music beats and physical energy released passionately. We LIVED for rhythm. I still do.

Of course, there were other rewards when a glance across the room evolved ever so easily into a romantic encounter. Facilitated by pulsating throbs of heavy bass and feet stomping along, one found it hard pressed to resist. Add to that mix some treats of the inebriating kind, and there were trips taking place simultaneously. “Along came a spider…”

The pleasures and pitfalls intermingled mercilessly through this tug of enjoyment and sadness. Love and hate; admiration and envy; lust and disgust ; pleasure and pain; life and death.

These were part of history in music, dance, visual arts in itself and fashion… everything in culture, really.

The street was culture as much as culture was birthed from the harshness of the streets. Here was the outlet. An outlet of expressive meaningfulness like no other since. Hard times made for resourceful intuitiveness and Art was certainly not a portion left astray. In fact, it thrived. Such as it is oversaturated globally in today’s atmospheric strangeness, Art was and remains our weapon. Better said: our defense for Life. Use it to your fullest potential.

That era may just forever shine in the midst of memory for as long as there are those who learn history in order to carry the torch of Culture ahead. Those were the 70’s and 80’s which shaped me and my contemporaries into a huge slice of historical reference for our youth to learn from. Those of us who remain have been fortunate and I assure you, grateful we made it until now. So imagine for a bit how luscious life is and how delicate we lie in the balance of it. Drink it, eat it, dream about your next move and fulfill it. Dance on the speakers (if allowed) and be rested in between. Eat well, healthy and satisfyingly- but remember to hustle for your livelihood so that no one can mention you in bad terms. Mostly, do what you LOVE for a living and don’t forget those dreams even if you cannot do it all full time.

You think you’re “soooo” bored? Pick up a hobby: draw, paint, write, play instruments, sing, dance and shout from the rooftops. Bored now? Run around the block a few times. Clear your head and return grateful that you did return. Pick up where you left off if need be, but do something fruitful for your soul and those of others. Share it generously. Its not ours to keep hidden. I highly trust that talent is made to be shared. “Hello talent!”, said someone worthy. Clearly defined, “talent” is a gift and it is a clear beacon for the world to live joyously by.

Lest we forget that our Values and Culture define who we are, who we were and have yet to be. Even the poorest can and should have dignity, a roof under which shelter to live, food and water for sustenance, LOVE and respect from others. Culture is tbe string which binds us- even unknowingly at times.

I mean… “it’s a shame to complain but we’ve gotta have alot more lovin’.” ~ Don Ray in tbe album Disco Gold. Look it up. Take it for a real spin on the vinyl deck. Then pass it on your newfound Cultural wisdom. Just don’t lend out your vinyl! Let others feel its pulse and know that even though they may not have experienced it firsthand, all the good stuff can and will remain a part of history because all good things do. It spreads far and wide until all know that after all… Culture will outlast us all. In the most beautiful way.

AFTER ALL… a multitude of Tribes should always gather in one harmonius drift. 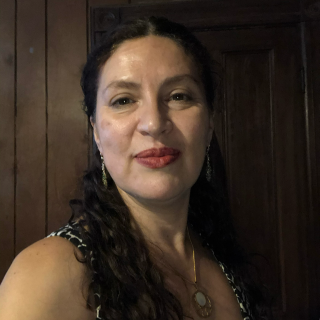